Traditional mooncakes are quite large and as such are rarely eaten all at once by one person. Made from a standard mooncake mould, they measure around 10cm in diameter and are around 4cm high. Contained within a pastry is a thich centrem often made from typical mooncake ingredients of lotus seed paste or red bean paste and are baked. Often, a salted egg yolk can also be found. They are imprinted with a stamp of Chinese characters depicting, amongst other things, the name of the bakery or chef. 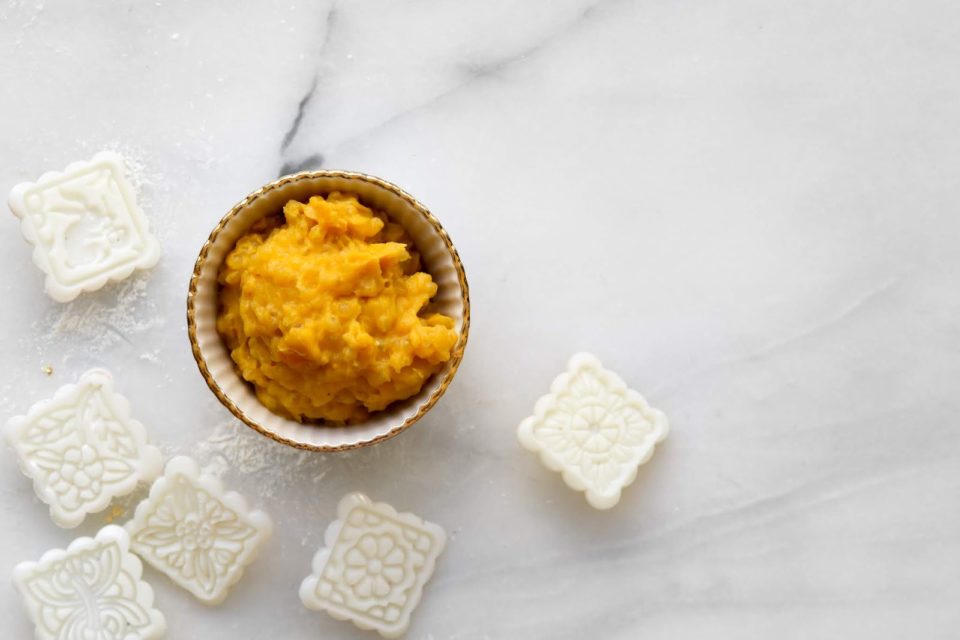 Because of their size, mooncakes are generally eaten by cutting a wedge from the cake. Mooncakes are made especially for the Mid-Autumn Festival for celebration which is held in accordance with the lunar calendar.

Here we share the recipe for Blue Lotus Mooncakes...

For the Lotus Mooncake, these are the ingredients:

For the Lotus Seed Paste, these are the ingredients: Finding Peace in a Busy World